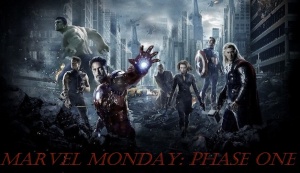 For our Marvel Monday column for the next two months, we will be reviewing all of the Marvel canon movies to prepare for our big review of The Avengers: Age of Ultron  on May 1. Today, we get mean and green with Laney’s review of The Incredible Hulk (2008).

Any review of the character of the Incredible Hulk must of course begin with the recognition that there have been three in recent adaptations, and everyone has a firm opinion on which one was the best: Eric Bana, Edward Norton or Mark Ruffalo.

In full disclosure, along with many others, I am a wholehearted Mark Ruffalo fan, but it was also fun to go back for the first time in many years to review The Incredible Hulk starring Edward Norton and Liv Tyler, which is the ‘canon” Hulk film. Admittedly, I am huge Liv Tyler fan, which is also a piece of vanity because in high school, when Lord of the Rings was huge, I got compared a lot to her. (Dark long brown hair, thin pale face, soft-spoken.)

The Incredible Hulk doesn’t take any time at all to drop you right into the plot, assuming that there isn’t a person in the Western world who doesn’t know the basic plot of boy meets girl meets gamma radiation meets “don’t make me… hungry?” (Watch THE FILM!) But sometimes we forget, in the moments where Hulk is busy unabashedly destroying the planet, that the Hulk is really a very tragic story. Dr. Bruce Banner, in most iterations, is working to try and make humanity better but ends up a pariah who is a real danger to all those around him.

As well, re-watching the film reminded me that although this story came out a few years before Captain America: The First Avenger (2011), the Hulk character is really a derivation of the plotline that begins in Captain America with trying to make a better human. Ultimately the military can’t quit trying to improve upon the human condition. Unlike in any other comic book up to the time of the Hulk, the army is now the bad guys. Dr. Bruce Banner is working on gamma radiation for the US Army to see if they can recreate the fluke that was Captain America, and there are a number of subtle Easter eggs in the film that pay tribute to that legacy. It’s a sad testament to the lesson that human beings never seem to learn that you can’t fix/improve human potential. Edward Norton is a sad Hulk, a sober one, who has not embraced what he is. He is still under the impression that he can change back; that he can find a cure. What he comes to realize is that he is changed, no matter whether he find a cure or not. He has killed people. He has destroyed cities. He has destroyed his own life and relationships like Betty.

One thing that I really loved about this movie is that Betty and Bruce read like an old married couple; so easily fallen back into their relationship patterns from before the accident. (Excellent acting and chemistry on the part of Tyler and Norton.) The film’s overall plotline however, is a little wooden and formulaic, which is not surprising considering it was a “requel” combined with being before Marvel had really hit their stride in stories.

This movie also stands out because S.H.I.E.L.D. is conspicuously absent from intervention on Dr. Banner’s behalf, even though we know (from scenes that utilize S.H.I.E.L.D. technology to track Dr. Banner) that they have a presence. (I also lament the lack of Nick Fury aka Samuel L. Jackson. Because. Samuel L. Jackson.) Following off of Iron Man where isuch a key element, the lack of S.H.I.E.L.D presence is even more noticeable and is one of the many things that makes this film stand apart from the others in the Marvel canon universe.

Most importantly, this film really sets up The Avengers (2012), which centers around how the Hulk can be used as a weapon and what happens with the S.H.I.E.L.D. contingency plan for containing him fails. It also sets up (in my hopes) the relationship between Black Widow and Hulk (romantic or just bromance), when Bruce finds a person tough enough that he can’t hurt. It gives us a back story to the Mark-Ruffalo-Hulk version that we find with Black Widow hiding out in India, helping mankind one patient at a time.

The Hulk is a take on the old legend of Dr. Jekyll and Mr. Hyde; the human fear that we all have a beast lurking in all of us, ready to rain down destruction wherever we go. Dr. Banner has not yet learned to embrace that side of himself, but he is learning to, and the glint of happiness we see as he meditates at the end hints that he has a better future in store.

Have you re-watched this film? Do you see the Hulk as a hero or something which should be contained?

One thought on “Marvel Monday: You Don’t Want to See Me When I’m Not Mark Ruffalo”

What We're Talking About